This blog has beens sorely neglected I am afraid so here I am the last day of the year finally posting!!! 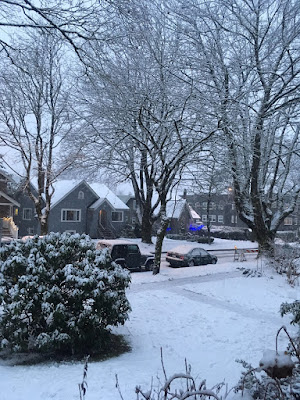 I have been doing these letters since 1986.  Each year I wonder if anyone actually wants to read them but I like other people’s letters and it is interesting for me to reflect on the year.

Last year we basically had snow most of December, most unusual!  I don’t mind snow and have snow tires but it was a bit much as Vancouver isn’t really designed for weeks of snow. 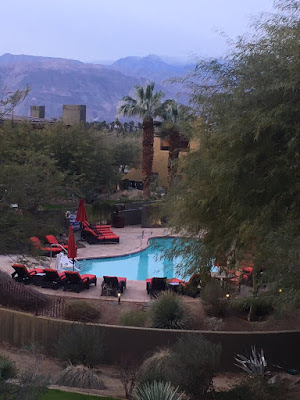 Wisely I had planned a get away on New Year’s Day to Palm Desert for a few days and it was lovely to leave the snow and hit the desert.  Sandy and I had a great time and the bonus was for the last couple of days, my old friends Vicki and Gavin were in the same complex with their daughter, Jane, and adorable granddaughter, Lola, so fun to have them as neighbours again.  For more pictures just go here! 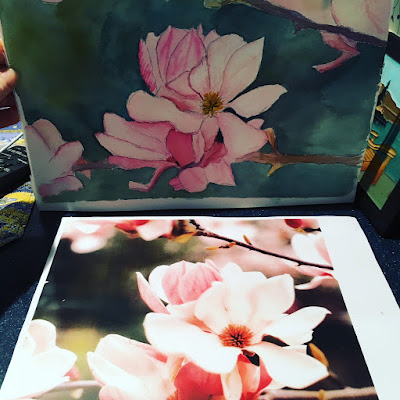 I returned and ended up surprising myself by joining a community choir, Local Vocals, with my friend, Sydney, and later did a gospel workshop weekend with another friend, Lori, and was able to perform with Good Noise Gospel Choir, which was fun.  I also had a nice visit from Hilary.  Another big event was participating in the Women’s March here.  I am still in disbelief Donald Trump was ever elected president. I have not been to the United States since he was elected.

I also took another water colour art course and continued to volunteer two mornings a week with first graders and tutor Cam next door who is making very good progress. 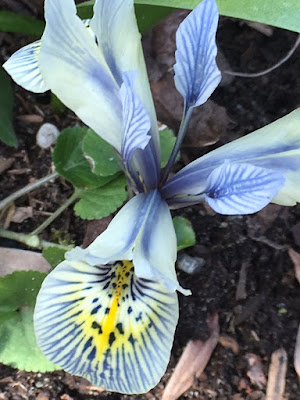 The snow did leave and flowers began to reappear (one of my mini irises) and I went for a couple of days to Victoria and visited Margrit and Hilary.  It’s always great to go there.

Old friends, Anne and Barrie were here to see their daughter and son in law and granddaughter, Kasia.  It is fun to have them in town and I really enjoy having Shannon and Nick and Kasia living here. 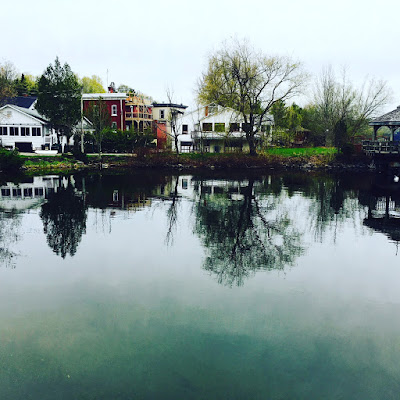 Spring was well underway here when I went to Quebec at the end of April.  I was there for about ten days and had a great time but the weather was rather awful.  Linda and I spent a night in Mont Tremblant and couple of days in North Hatley where I was also able to catch up with a couple of my cousins, which was nice.  I also was able to spend time with Val and  other John Grant High friends, Diane and Janice on the West Island of Montreal

Vancouver looked lush when I returned.  And it was great to see my garden flourish.  Donna and I spent a couple of days in Whistler in June and I took more water colour courses. 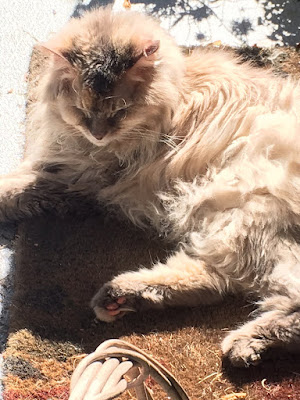 My summer included a trip to beautiful Christina Lake  in August to visit Elaine and Terry.  The saddest event of the year occurred when 21 and a half year old Holly just stopped eating basically while I was away,  and after a couple of trips to the vet I realized the end was near and had her put to sleep.  She really didn’t seem to be in real pain until I made the decision so knew it was the right one.  When you have a cat that old you know you are have limited time but sad to say good bye to such a  fun companion.  She was friendly and purry to the very end. 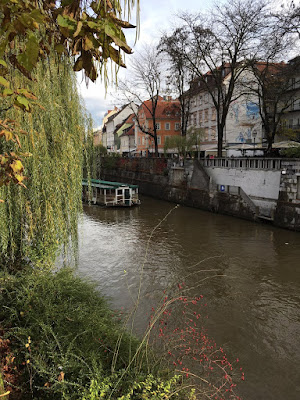 In the fall I ended up doing a bit of subbing due to a teacher shortage. I did a couple of art workshops and Val from Montreal came to visit and we had a trip to Whistler and she also went to Galiano and Victoria.  It was fun having her here but we didn’t have time to see everything of course.  And then two days after she left, Sue and I were off to Croatia and Slovenia for 12 days .  It was a wonderful trip.  Just hit the previous sentence for more pictures.  We loved being there and even got to see a bit of Italy, Bosnia, and Montenegro.  Considering the violence that occurred there not too long ago, I had such a feeling of peace when I was there, which somehow was very heartening.  Also I loved the diversity of climate and terrain and the layers of history. 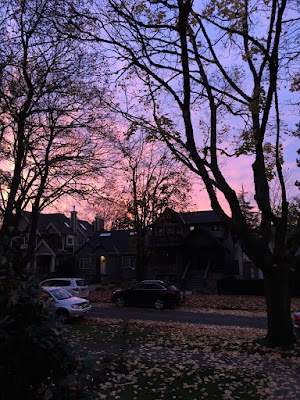 Before I returned I was asked again if I would be willing to teach two days a week at my old school from the beginning of November probably until the end of December as a resource teacher sharing the position with my former principal.   I have  actually enjoyed it but sometimes hard to get everything in as I already had a pretty busy retired life.  But I still manage to go for ocean walks, fitness and yoga classes and choir . My art and knitting have taken a bit of a hit.   I have had to get a bit more efficient as  I also ended up being program chair of our DKG women educators’ group so that has also been another  added piece.

2017 was once again a good year and I am looking forward to new adventures in 2018, whatever they may be.   Wishing you a joyous holiday season and new year!

Posted by meredyth kezar at 6:25 PM No comments: