Sitting here in the early morning 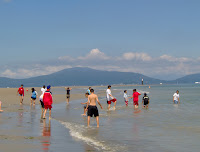 I am sitting here in the early morning alternating between typing lists of all the good things my students wrote about each other and reading essays from The Best Women's Travel Writing 2009.  I have been compiling the lists for many years, inspired by a true essay I read  in the original Chicken Soup for the Soul.   I have a hard time reading this story out loud without crying but the idea of having a list of everything good your students in your sixth or seventh grade class I think is a nice one and an experience former students always do remember, whether they keep the lists or not.

This is my first year actually being a seventh grade classroom teacher so this transition period leaving elementary school to go to high school is really up close and personal this  year.  Such a funny period of life, caught between childhood and adolescence.  Yesterday they were telling me how one of my students who had just turned thirteen shaved the night before and he complained how hard it was. Many of my students have spent their whole school life in our small school so it is very much their second home and exciting yet painful to leave.

I am in the midst of writing various certificates, and I still don't have my report cards back to deal with any corrections, sign them, run them off and file them with only two school days left before they are sent home.

Last week I survived Science World and Sun Yat Sen Gardens field trips, both went well but I was tired at the end of both days and then there was Sports Day and the end of the report cards.

This week we made it through the grad luncheon, a buddy picnic, and a day at Spanish Banks West Beach.  Although there are many beaches in our city and they are free, most of my students had never actually been to this beach.  To give city kids a day like this is always a wonderful experience.  The weather was perfect as well.

I came home a bit salt encrusted, tired, planning an exciting evening of laundry, house cleaning, and working on certificates, lists, etc.  I had forgotten all about a fundraising event at Nu Restaurant for Room to Read when a friend phoned to ask how to get to the restaurant.  I ended up joining her and her husband, getting to sit out on the deck on False Creek under the Granville Street Bridge celebrating a great organization.  We had a chance to chat with chapter leader, Sharon Davis, who recommended two books I want to read now. One is    Half the Sky by Nicholas Kristof and Sharon Wudunn.  I can't believe I had missed this one about educating and empowering women to fight poverty and extremism.  The second is Dead Aid : Why Aid is Not Working and How There is a Better Way for Africa by Dambisa Moyo,  Moyo, originally from Zambia, is an international economist who writes about macroeconomy and global affairs. Rumour has it that she will be speaking in Vancouver sometime soon.

It's finally looking like summer here and I must say I am looking forward to it.  Mind you it has clouded over here.  I have to go and water my fertilized lawn and pull lots of weeds and contemplate making it through a couple more days including a Grade Seven assembly etc. Hmm... all those good things.
Posted by meredyth kezar at 7:25 AM No comments:

What I have been reading lately in young adult literature

What a week!  Two field trips and Sports Day but I managed to finish and print off my report cards yesterday afternoon so now I am turning to this stack of books I have read and want to review before I bring them to school or give away to a friend who teaches high school.  Some of these books have not yet been officially released and I have been reading advanced copies.

The first is one I had heard of but hadn't read, Cut by Patricia McCormick.  I very much enjoyed another of her books, Sold, about a girl sold into contemporary slavery.  Maybe enjoy wasn't the right word...  Cut is of course about a girl who cuts herself but I thought this book was very well written and engaging.  I thought it was an understandable story of why a girl would cut herself.

Teaching Grade Seven for the first time, I have learned a bit more about Ancient Cultures, and the students are certainly fascinated by them.  Invisible City. the first of The Joshua Files by M.G. Harris, is about Joshua whose father, an archaeologist, has mysteriously died in a plane crash in Mexico.  Strange things begin to happen in Oxford so that Joshua and two of his friends go to investigate in Mexico, and Joshua discovers that a contemporary Mayan culture is still secretly existing.  This is a great thriller and the first of a series for middle schoolers.


Many many years ago I visited a beautiful part of the United States called The Outer Banks in North Carolina.  One thing we did was go to an outside theatre and see a play that has been playing in the summer for years in Roanoke Island called The Lost Colony .  The first settlement that the British made was in Roanoke Island in 1587 but then the settlement was cut off for several years due to the impending Spanish War and when a British ship finally returned, none of the settlers were found.  Cate of the Lost Colony, a well researched novel by Lisa Klein, tells the story of a fictional maid of Queen Elizabeth the first, who makes the mistake of falling in love with Sir Walter Raleigh, and is banished to the colony.  I found this book to be a real page turner and Cate an interesting character. It was fascinating imagining the contrast of life in Elizabethan England to that in the "wilds" of North America with the Croatoan native people.  Were all the colonists killed or died of starvation or did some of them just become part of the native community and hide from the ship's crew?

I am, I admit a Jane Austen fan, every few years rereading all her novels.  Needless to say, I was Jane Austen's Best Friend, had a certain appeal.  Another well researched novel that is based on Jane's relationship with her real life cousin, Jenny Cooper.  Again, author, Cora Harrison, used research as well as her imagination to write this novel.   I found this quite an engaging read as one can perhaps see where ideas for Austen's novels began to hatch and get a picture of her own life.

The Unidentified by Rae Mariz, is a science fiction novel, based on the idea of what if in an attempt to save money on education, schools end up in malls run by corporate sponsors.  I think this is one that would appeal to some of my students.  It presents a scary scenario with believable characters and has the appeal of a mystery.  The heroine Kid is bemused when after witnessing an anti-corporate prank, causing her mother to be thrilled and her best friend jealous, she is "branded" but also becoming involved with another group, the unidentified.  A good read. 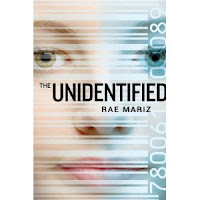 Well enough for now.  More to come-find out why I was shocked that despite being one in Brownies, Pixies aren't good after all...
Posted by meredyth kezar at 7:44 AM No comments:

Thoughts coming to the end of the school year... 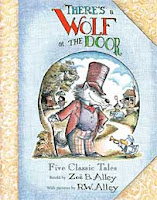 The end is coming rapidly or sometimes not rapidly enough and I am keenly aware of all I haven't gotten done.  I did okay with the first units of Grade Six and Seven Science (mainly because my resource teacher taught the grade six science for awhile) and our teacher-librarian did two units of Social Studies with the Grade Sevens and one with the Grade Sixes.  And let's face it Science isn't my best teaching subject nor probably is Grade Seven math (just hoping I will have it under control by next year).  One reassuring thing is I am keeping my Grade Sixes so we can continue onward and I am feeling very good about their math!  Those of you who follow this blog know that with many hits and misses reading has gone fairly well.  I somehow seem to have had them write mainly non-fiction so I think I will be beginning in with fiction and poetry next year!
I had a fun mini-unit last week when I had a hodge podge of two classes due to the district track meet.  I focussed on wolves using fairly tale (I used the first story from the fantastic There's a Wolf at the Door,) an apparently factual book, Emily Gravett's Wolves, (well somewhat factual until the rabbit is eaten by the wolf as he is busily reading a book about wolves), and a factual article from National Geographic Kids and ending with them writing reports on wolves.  I think I needed to do more of this kind of thing!  We had lots of good listening and note taking and lots of using of strategies and everyone had a beautiful looking finished product in their own words.
I am ending the year with the grade sixes presenting reports each on a city and the sevens picking a subject in Ancient China, Rome, or Greece and doing presentations since we ran out of time!  Mind you when I taught grade six I never finished the socials curriculum.  Some of my studies this year seemed to peter out and some never happened.  But now it's the point where I have to  realize this and hope that they have better science teachers next year but have acquired some non-fiction reading skills, and that they will finish Dormia and it's sequel on their own.
But again maybe that is the great thing about teaching.  It doesn't end with us in one year. 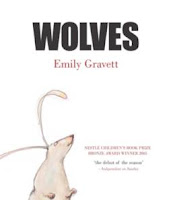 Next week we are off to Science World and Sun Yat Sen Gardens.  At the latter we are going to make gun powder.  They asked if they get to bring it home.  Hmm...
P.S. I am avoiding writing report cards!
Posted by meredyth kezar at 7:11 PM 1 comment: