A book that all teachers of writing should read…Children Want to Write: Donald Graves and the Revolution in Children's Writing 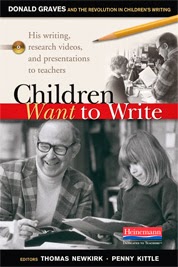 This is a bit embarrassing because when I went to write about the International Reading Association's Annual Convention in New Orleans awhile ago,  I realized that I had never finished the post I had begun about  the International Reading Association Annual Convention in San Antonio that I attended last year.  Now to be fair, I was really really busy when I returned and probably my post was a bit too ambitious since I didn't get it finished!
In the early 1980's I read a book that really changed my thinking and excited me, Writing: Teachers and Children at Work by Donald Graves.  Some time after that I attended a pre-convention of the International Reading Association in Atlanta, Georgia.  Children from a local school were brought in and we were able to watch Don conference with the children and then later we were able to work with the children as well.  It was an incredible experience and when he complimented me after he watched me work with my student, I was thrilled.

In 1986, I was the program chair of the Transmountain Regional Conference of the International Reading Association, a conference for 3000 teachers,  in Vancouver and we were able to bring Donald Graves in as one of our keynote speakers.   It was wonderful.  And I will never forget our dinner at the University Faculty Club, especially since Pierre Trudeau, our former prime minister, happened to be sitting at the next table.  Two of my heroes in the same room!  And in some ways they had things in common!  They were change agents!

In the summer of 1987, I decided to attend the Writing Institute at the University of New Hampshire which he had begun.  He wasn't an instructor but was often around and very much a gently guiding, challenging, listening force.  My instructors were Tom Newkirk and Jane Hansen, two amazing teachers.  There were 120 students with five instructors and we were all focused on writing and the writing process.  Most of us were living in three floors of a residence on the beautiful campus.  We worked hard but had so much fun.  This blog would be way too long if I tried to describe those three weeks and the impact it had on my own teaching and career,  and even the healing effect it had on me as I wrote about my marriage that had ended with that conference.

Donald Graves was an amazing person and educator. He died a couple of years ago, still active and learning I am sure.  Tom Newkirk and Penny Kittle, two friends and colleagues, previewed a wonderful new book at the convention in San Antonio, that they have edited, Children Want to Write: Donald Graves and the Revolution in Children's Writing.   They decided to do this project as they realized that young teachers were not necessarily familiar with his work and never would have the opportunity to hear him speak.

I think I am safest here just quoting, Heinemann's press release. "Children Want to Write is a collection of Donald Graves most significant writings paired with recovered video-tapes that illuminate his research and his inspiring work with teachers. See the earliest documented use of invented spelling, the earliest attempts to guide young children through a writing process, the earliest conferences. This collection allows you to see this revolutionary shift in writing instruction—with its emphasis on observation, reflection, and approaching children as writers." 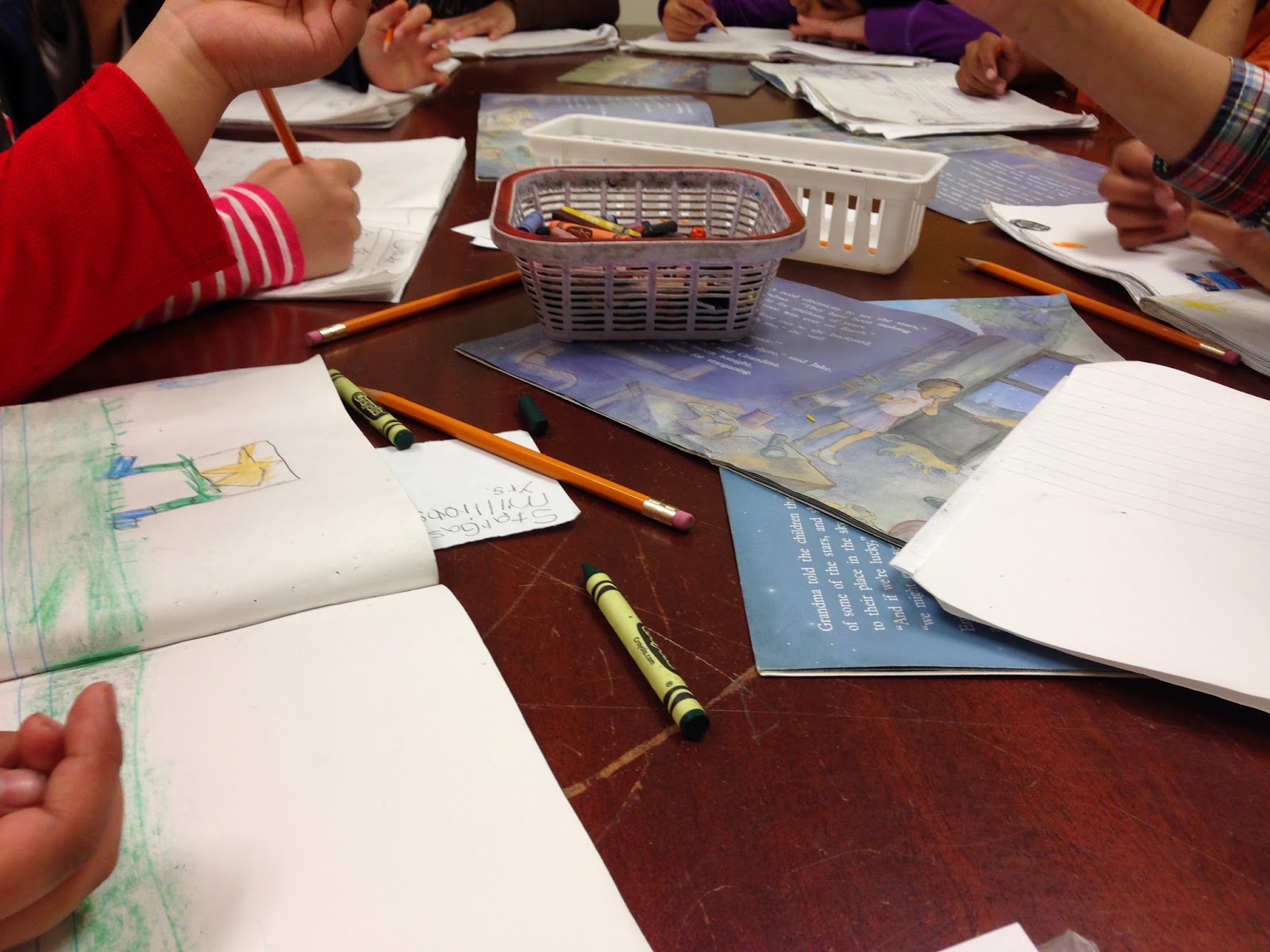 I wrote last year that I was really looking forward to sharing this book and particularly the video tapes with my staff.  And I realize now that I really haven't done that!   Writing workshops are  alive and well in our school's classrooms, and very much a part of our literacy project in the district.  And I  quoted him regularly in my own classroom, " Those who find it hardest to write, often have the most to say!" "You have to be a good listener to be a good writer"  And I have had some amazing writers, and the delight the grade ones had this year with their writing was wonderful again to see.  But I know that Donald Graves was the one who made me realize how powerful writing was to our learning,  really at the core of our being, and it became the core of my classroom practice at all levels from primary to university to professional development.  And it is so wonderful that this book is here for today's teachers!

Posted by meredyth kezar at 8:10 PM No comments:

It's been a year since I retired...

Well I haven't been on this blog lately-though I have posted quite a bit on my My Beautiful Vancouver blog.  I can't believe I have now been retired for a year!  I can see how time slips away!  In some ways summer seems the most normal time because one thing about being a teacher is you are used to having summers off, though most of us at some points have taken courses or taught in the summer, but we are used to having this less structured time, time I think teachers do need to recharge one's batteries.  One thing I loved about teaching was I felt like it was like the magic slate I had when I was a child.  At the end of the school year, you were able to lift the page and all was clear so you could start again.  Of course that next year would be the perfect one, the one where you had learned from all your past mistakes.  Even at the end of May or June  in the midst of end of year chaos, I would be thinking ahead to how I would change things in the coming year.

By the end of August I was usually in my classroom, getting everything nicely ready, new notebooks and supplies out, the classroom would be sparkling clean!  I loved the beginning of the year because anything was possible.  Of course I knew that it wouldn't stay that way and that mistakes would be made and students can quickly mess up that perfect classroom, but there was always that lovely ideal picture.

When I worked at the school board, the rhythm was different.  I usually was worrying about the big literacy conference I would have to put on and there would be projects that I would kind of be in the midst of, even in summer.  The magic slate didn't clean quite so easily.  I watched a TV show where they had to put on a weekly variety show and the programmer was already worried about planning the next program before the first one had finished being aired.  I totally got it.  I was always having to put on workshops and coordinating meetings, and wanting them to be worth teachers giving up their valuable time, hopefully giving them inspiration.

Wednesday  I had my annual lunch with mojitos with Clara with whom I used to teach grade seven.  Grade seven teachers are particularly busy in June with graduation ceremonies, special field trips, lengthy report cards,the writing certificates, and just making sure everything is ready for students to transition to high school.  There also is a certain degree of drama as these adolescents ready themselves for a big transition.  The idea of that civilized long lunch  with us sitting outside with our special drinks was always kind of a light at the end of the tunnel for us.

Since I still volunteer a couple of mornings a week at school, I keep in touch with my former colleagues and the lunch was on.  It was a different year for both of us, me not teaching, and her, spending the last two weeks on strike, a strike that still is not settled.

But we had a great time Wednesday.  Clara and I always have lots to discuss!  And how do I feel having been "retired" for a year?  I feel fine…absolutely fine…Do I look forward to volunteering in September?  Of course!
Posted by meredyth kezar at 7:39 PM No comments: