Every year I struggle with writing my Christmas letter, something I have been doing for almost 30 years!!!  Wishing you all a very happy holiday season!!!

So here is this year's version. 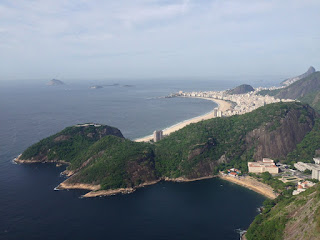 Another good year.  I went to South America for the first time.  I got to literally fly to Rio and take a cruise ship back to Miami.  I went places I never dreamed I would go.  Who knew that when I read the book, Papillon, and later saw the movie long ago that  I would actually go to Devil's Island, the French penal colony in French Guinea?   There were many magical moments with stops in Rio, Salvador, beautiful Recife, Belem on the Amazon, Barbados, and Gordon, BVI,  , and my friend, Val, from Montreal was a great travelling companion. 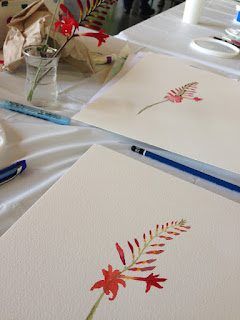 Watercolour classes on the ship inspired me to take water colour classes here which I thoroughly enjoyed.  A friend gave me a membership to Van Dusen Botanical Gardens and I took two courses in doing botanical watercolours. It was so much fun.

Before the cruise in February, I did a weekend in Seattle in February with friends.  In April, Val and I went to Salt Spring Island, staying at Sandy's mom's condo now sold.  I spent a couple of days in Victoria in May and made several trips to Whistler.  I began the summer with a trip to visit Elaine and Terry at beautiful Christina Lake where we had a rather warm Canada Day celebration after which I had to throw myself in the lake to cool down!!!

My friend, Donna and I did a fun road trip in August to the Shakespeare Festival in southern Oregon in Ashland and stopped off in Oregon's wine country and Portland as well.

In September I went back east to try to catch some leaves changing colour-I had a great trip with stops in Ottawa, Quebec City, and North Hatley, as well as Montreal, but the weather was warm and the leaves were just beginning to change.  It was great to reconnect with friends and family, and to visit favourite places. 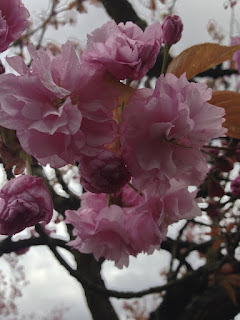 I became a cherry blossom spotter  (Vancouver has a big cherry blossom festival) and learned more about cherry trees than I ever imagined it was possible to know!  I tried to teach myself Brazilian Portugeuse with a couple of iPad apps but fortunately I didn't need to use my rather inadequate language skills much in South America!

I took another knitting class and actually gave away a couple of hats away!  I kept on with yoga and my fitness class as well as taking lots and lots of walks and I took zillions of pictures.  I continue volunteering two mornings a week in a first grade class and have been tutoring my next door neighbour's seven year old.

I got involved in an unsuccessful  campaign to recall a provincial MLA and enjoyed the enthusiastic people I met in the process.  Even though I supported the NDP in the federal election I was still thrilled to have a change in government with a Liberal victory.

The garage finally was taken down that had been falling down for years and eventually (after an aggravating summer on this front),  my backyard was restored although I still need to fill in my new back garden bed. 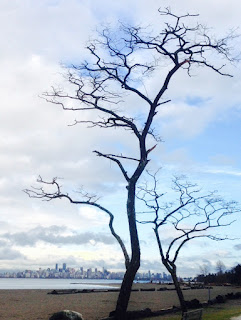 It was  a winter with little snow even on the mountains and then a summer with no rain so that the rainforest seemed to be becoming a desert but we had enough rain this fall and the mountains have had snow already.

Even in retirement there are issues-hard seeing some friends and family struggle with serious illnesses, and I was shocked and saddened when an old friend died in Nova Scotia and my cousin in Winnipeg.  On the other hand, it has been nice to reconnect with some old friends and generally discovering that we are older but not really all that changed.  My most serious medical problem (not very serious) was a mysteriously wrenched shoulder this fall, but thanks to physio I am back to normal.

Next year I am looking forward to a trip to Spain and Portugal in March.  Many places beckon but I still love living in Vancouver and try to keep exploring.

Holly the cat is fine, slowed down but still furry and purry and yowly at 20 years old!

So I really have no major complaints with 2015.  It was a really good year!
Wishing you all a wonder filled 2016!
Meredyth


Posted by meredyth kezar at 7:15 AM No comments: