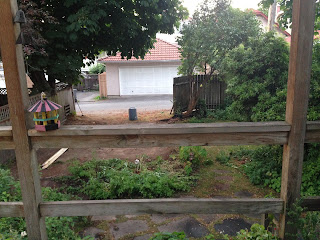 I recently have gone through an experience where I realize I definitely had a communication problem.  It involved having work done in my backyard.  It did not end well at all.  There were clues at the beginning which I failed to recognize or recognized but continued on.  Anyway the result has been that six weeks later I don't have what I had hoped to have accomplished,  and the business relationship ended on a rather sour note.

A friend and I were having a discussion yesterday about how you seem to need to continue to learn lessons even though you think you should have learned them long ago.

And having spent four years as a consultant and many years on the executive of a volunteer organization I had to be very careful in my communication.  And as a teacher, one obviously has to be very clear in ones expectations.  In personal relationships, in the past I have had a tendency to  pretend a series of things didn't bother me when they really did, and then let my frustrations boil up and then tell someone off.   And this really is not that effective.  It is a pattern that I have worked hard to change.  I have also learned that we seldom know someone else's whole story so to perhaps give people a bit more slack at times as well.

But then with this project I saw myself end up back in that pattern, where I waited patiently outside but not inside for someone to continue a project which he did not I think ever really want to do it. His son needed some summer money so I think that is why he did quickly take my garage down but then nothing else basically happened for six weeks as he went on holiday etc.

Sometimes I realize I  also look for an easy way out.  "You know a good carpenter, great!"  And honestly that has sometimes worked out perfectly, but this time it did not.

So that is life, live and learn…or at least try!  And regarding my backyard, this is a first world problem-at least I have a backyard, and lesson learned is to be clear in your communication and expectations, and try to sense a communication problem right at the beginning!  And deal with it then!

Posted by meredyth kezar at 7:51 AM No comments: