Turning your photos into watercolour paintings-it's magic for iPad and iPhone users.. 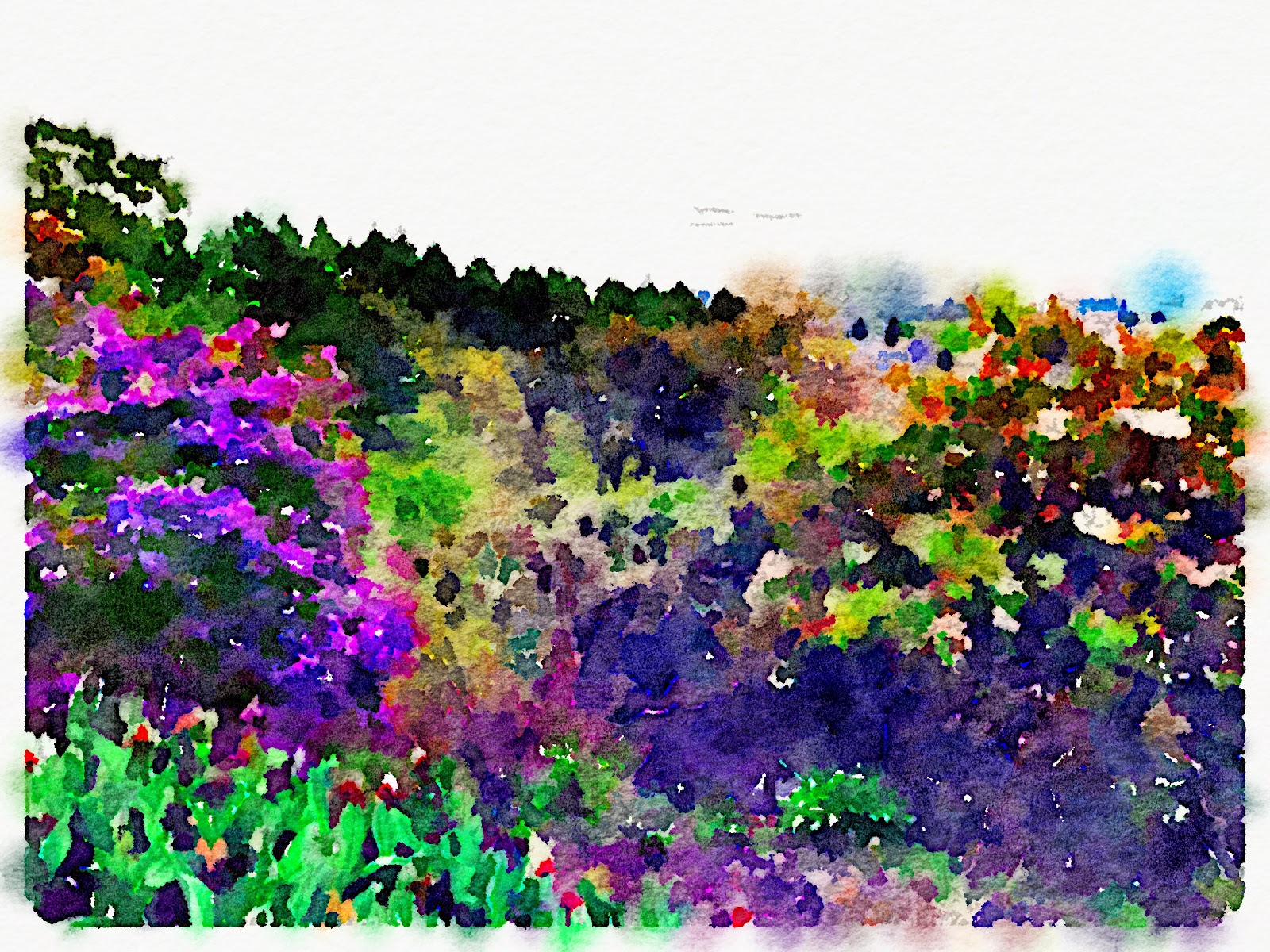 I have had so much fun this week with a new iPad app called Waterlogue.  A friend posted a picture using it on Facebook and I had to try it.  This is an app for your iPad or iPhone that enables you to change your photos into watercolours.  I have done a bit of watercolour painting and it isn't easy.  Last year I had a student who did such wonderful watercolours I couldn't believe it.  And last week when I had a nice walk at the beach I was thinking that when the weather got a big warmer I might bring a sketchbook and my watercolour pencils to the beach.  On my list of things to eventually do is take more drawing and/or painting lessons but at the moment, I am still into my knitting (on my second hat now).


But for $2.95 I can make pseudo watercolour paintings form my photographs in seconds and I even have options…there are different effects…

The first is the original photo snapped with my iPhone 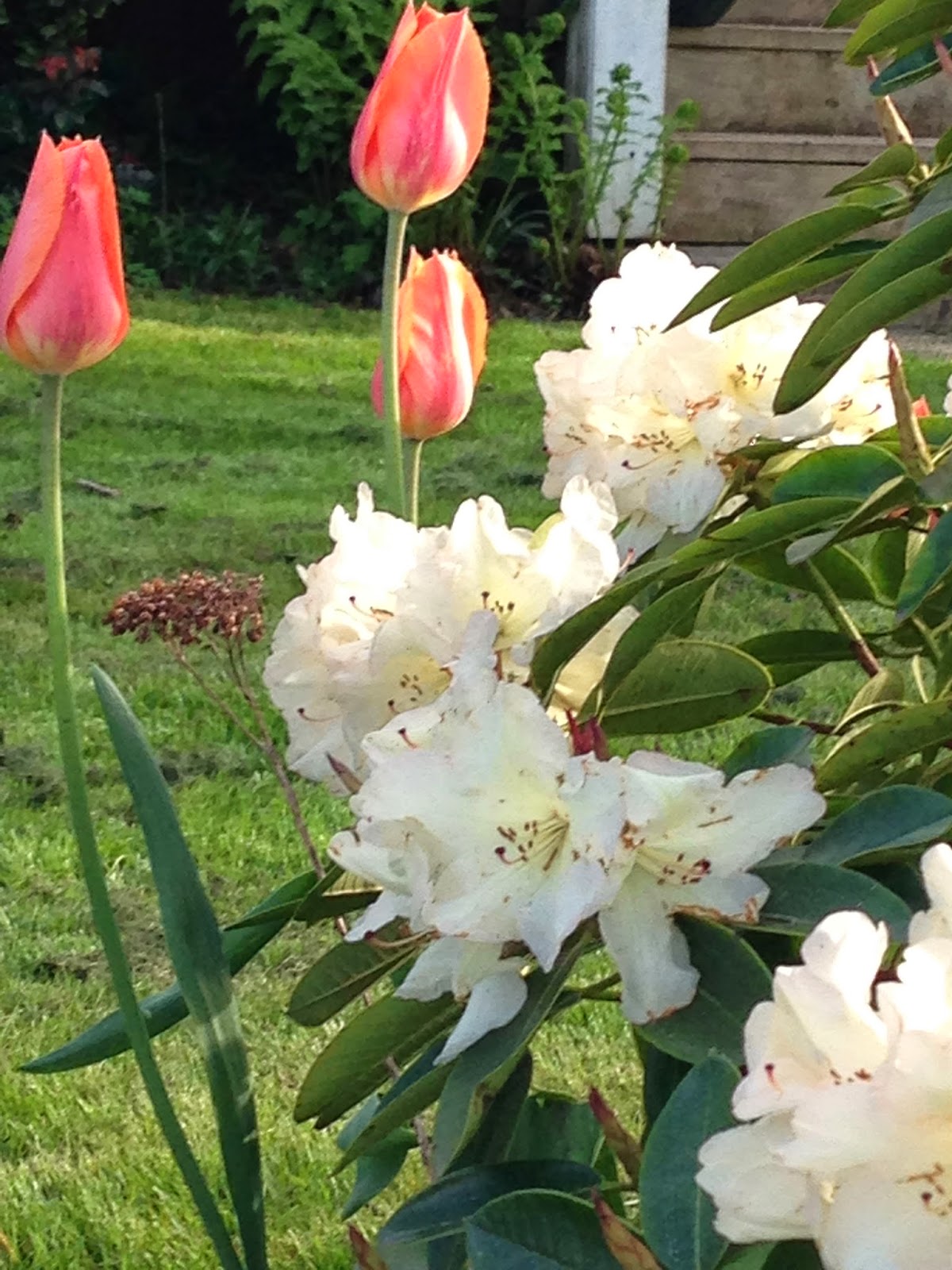 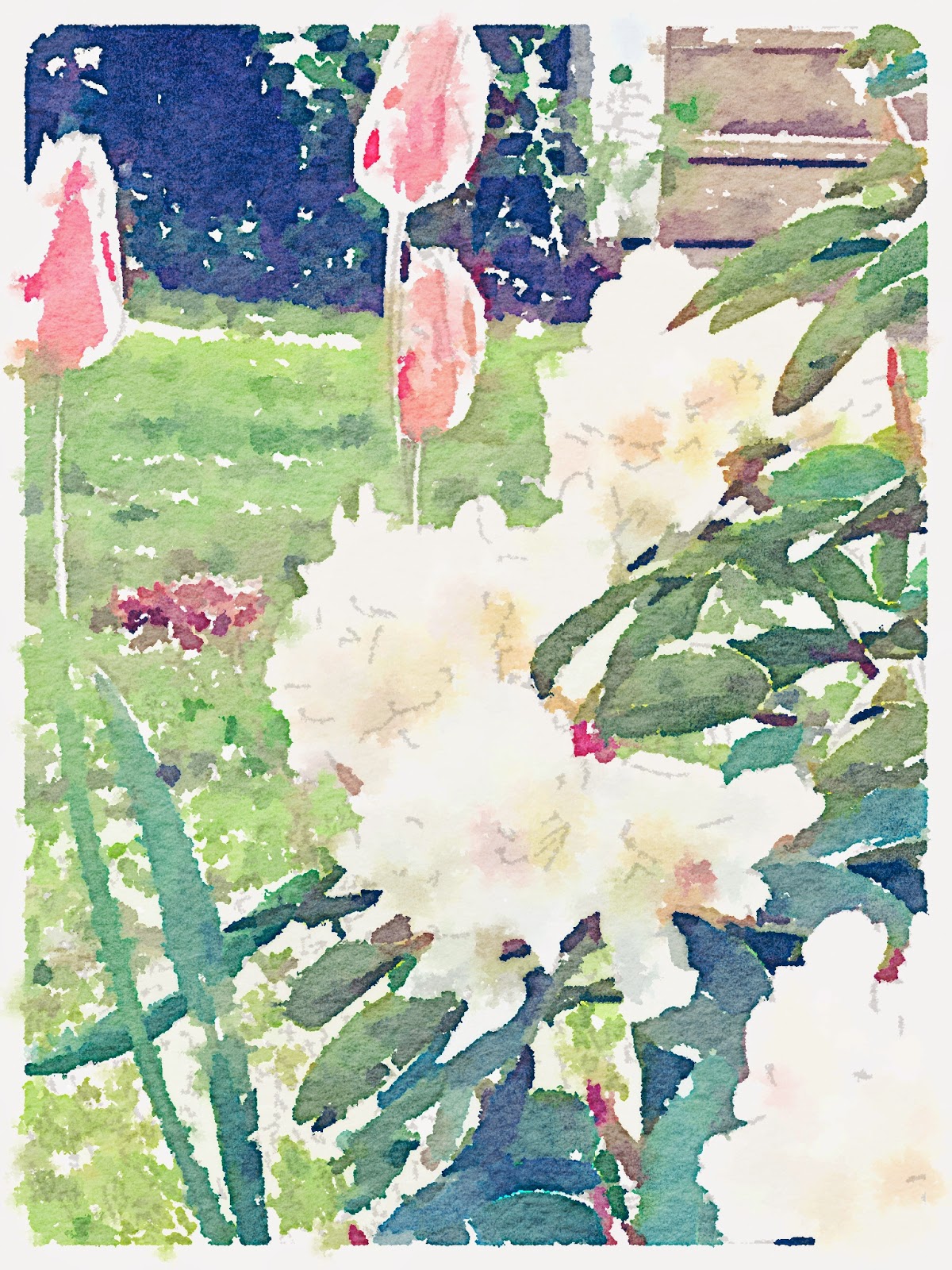 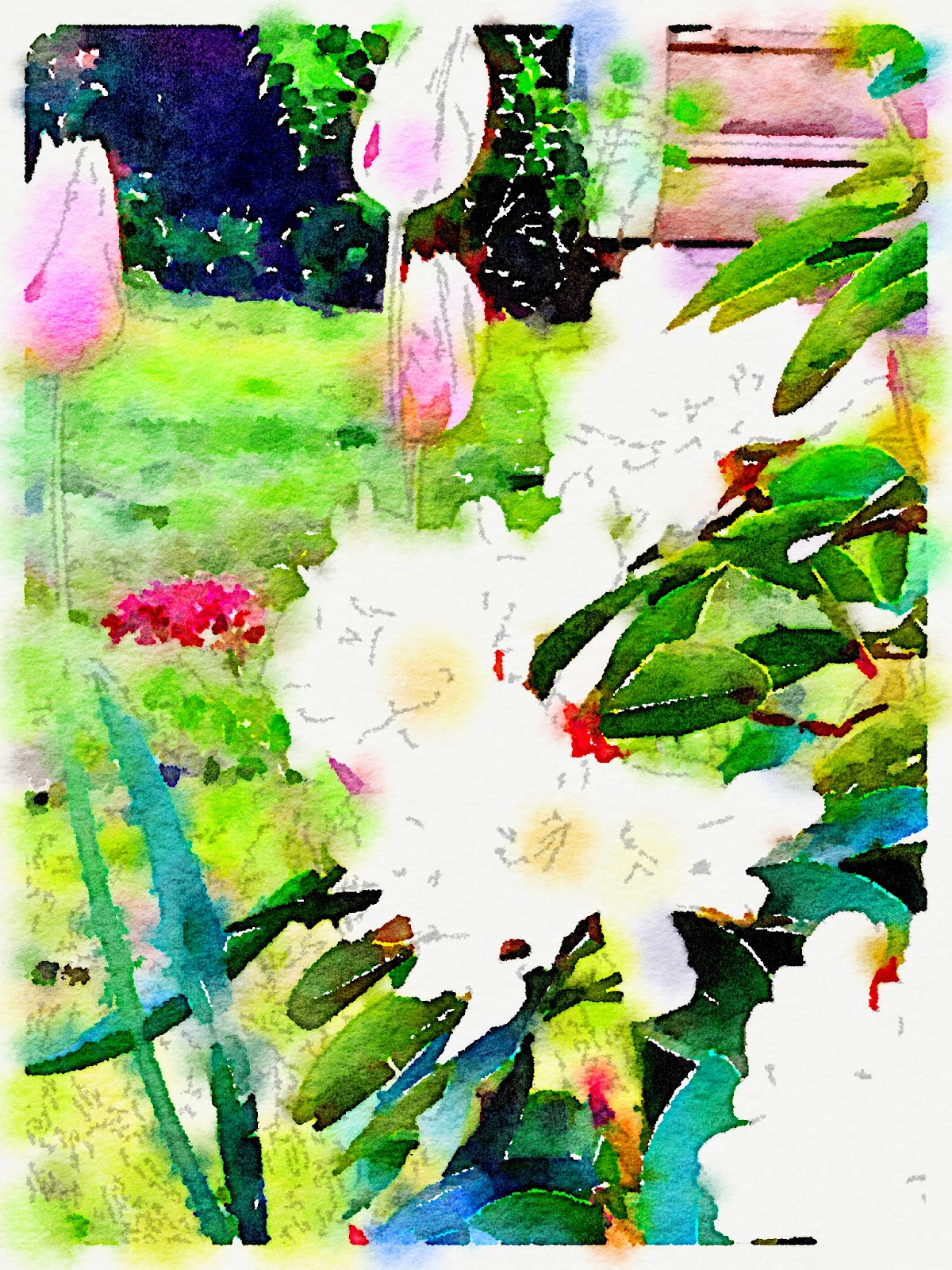 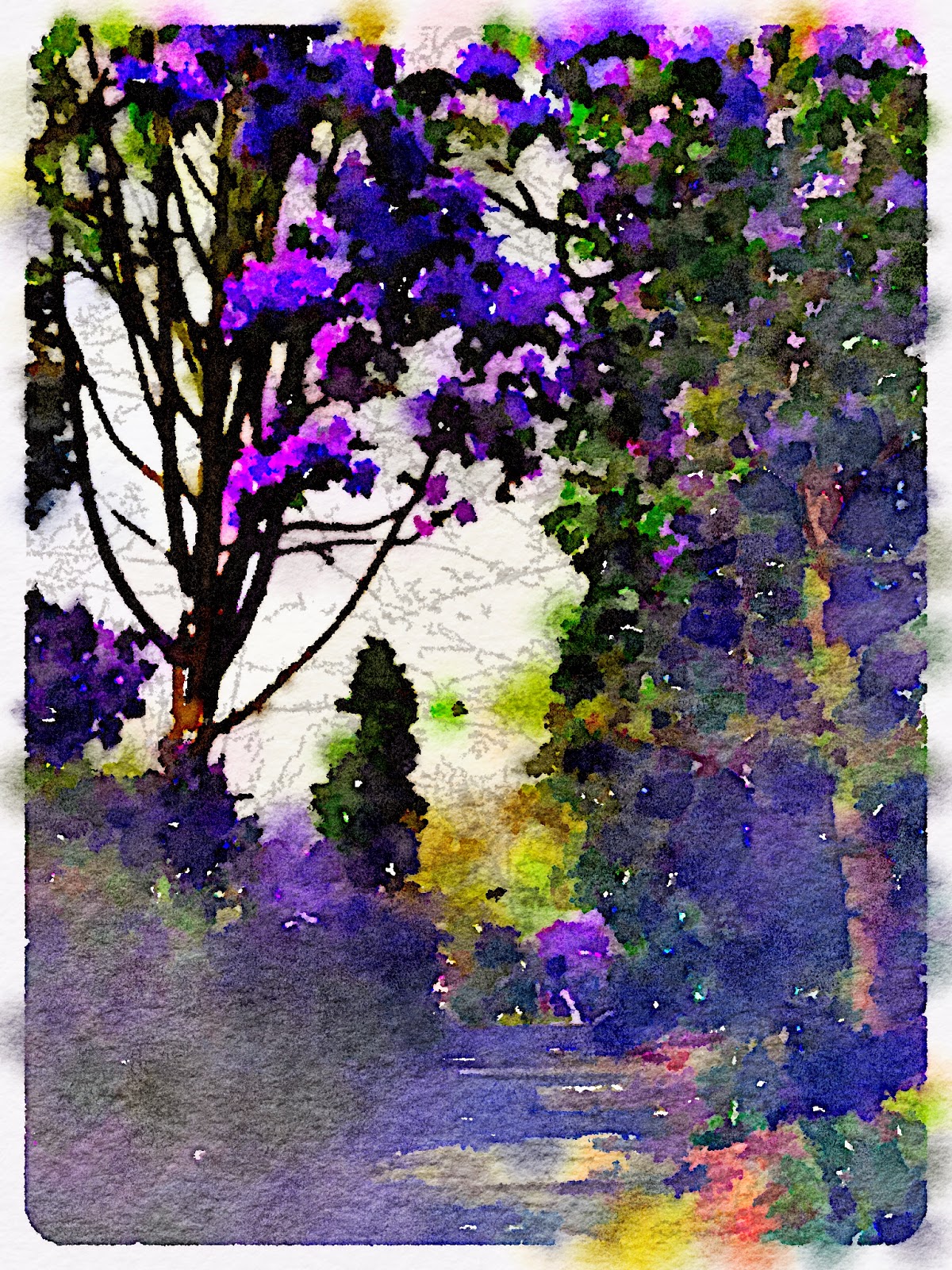 I continue to be amazed by how well my iPhone camera works!  And I love my pictures but having this app is just too much fun!
Posted by meredyth kezar at 8:16 AM No comments: 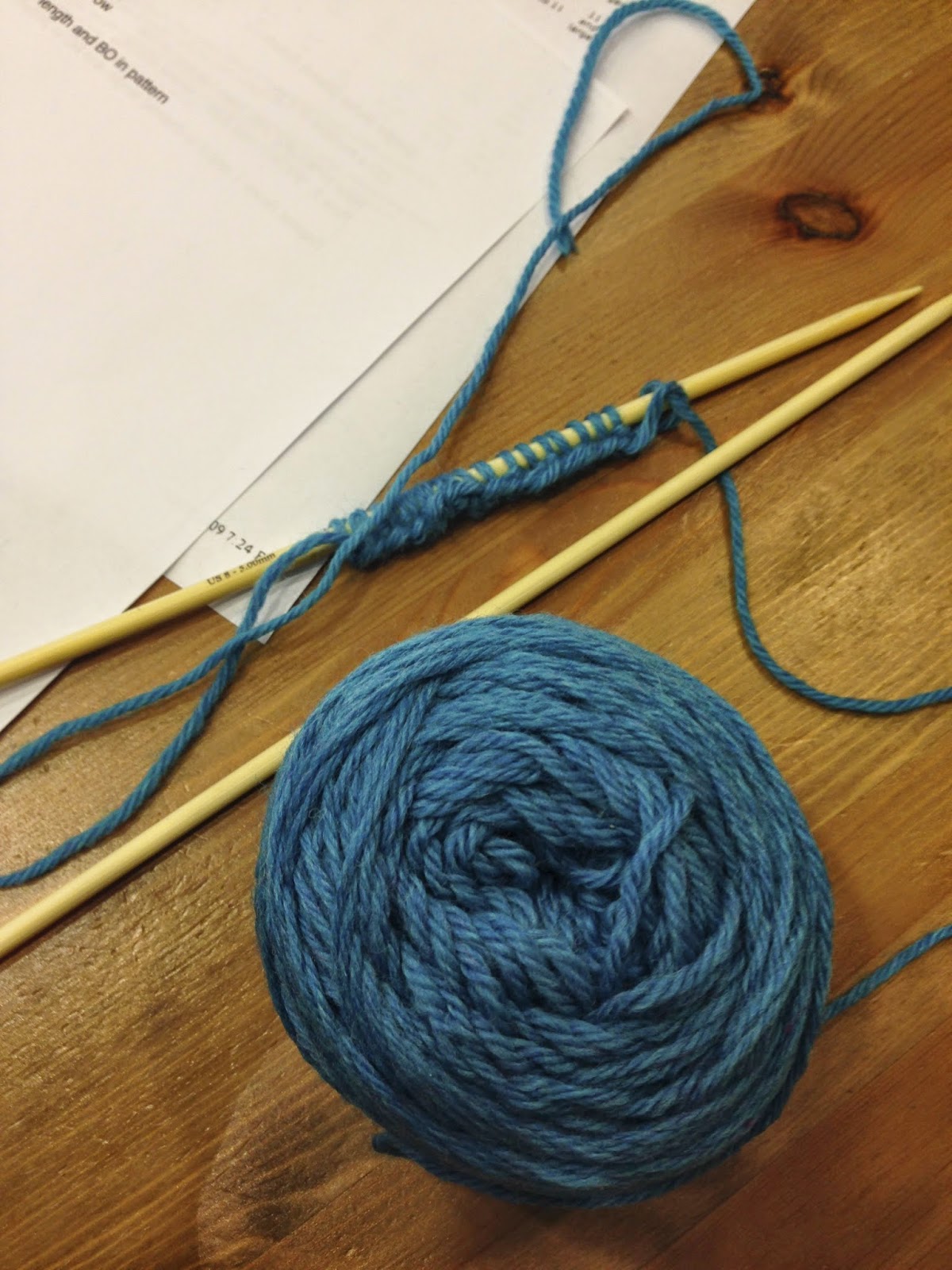 Those were my first stitches since I was a teenager.  I decided to take knitting lessons.  This is something I had thought about for sometime.  After all I had spent years marking while watching TV.  I thought I could substitute knitting.  And I liked reading books about knitting...

When I was last unemployed 33 years ago, I took quilting and photography lessons.  I actually quilted.  I made a vest and a jacket but when I was working, my idea of relaxation was reading a book not sewing.

I often like the idea of things more than the actual reality.  For instance, swooping down a hill on powdery snow is not quite the same thing as heavy ski boots that pinch and icy falls.  And at one point I decided no more handicraft lessons as I had too many unfinished projects in my attic.

But I do like taking lessons (almost as much fun as teaching school) so I decided that I was going to knit.

I began my first lesson having difficulty trying to do a slip knot.  I haven't had to tie many knots lately, I guess.  And then the casting on method was so confusing to me, I had to take a picture of how to hold my thumb and finger with my iPhone to refer to.

Lesson two we learned how to do moss stitch which wasn't too bad though I did seem to get a bit confused when I looked at my knitting sample. 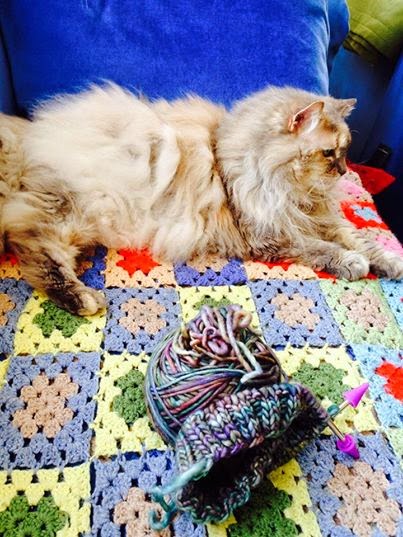 The third week we moved on to circular needles to begin our hats.  I think I took half the lesson just casting on.  I went home and things seemed to be okay but by Monday, the following day I realized I was in trouble.  The pattern which was supposed to be in ribbing was definitely off.  I phoned my knitting expert friend, Sandy, and she redid the whole thing for me.  I went home and realized I had told her I needed 102 (which wouldn't work so we had 104)  stitches when I really needed 72 (I think the glass of wine I drank prior to the knitting remediation may have caused a memory problem).  She was out  so I was left to my own devices.

I practiced my casting on and rib stitch with other needles and wool.  I finally understood what it looked like when I purled a stitch or when I knit so that I knew what to do next if I lost track rather than have to count stitches.

Tuesday I had to go on a field trip, but after that I was back at Sandy's where I made her observe my cast on method to see if I was doing it correctly (yes but too tight) and she helped me again get back on track!

I was feeling quite confident and even took my knitting to show off a bit Thursday to friends, but then I realized that something was wrong again.  Some parts of the row seemed to be longer than others and my pattern looked right on one side for the last few stitches but not on the other side.

Back again to Sandy's this morning.  It seems that I was not going in a circle but often mixing up when I put it down and picked it up again and going in wrong directions!  Knitting on straight needles is more straight forward!

Once again she got me straightened out and then while I sat there knitting I managed to twist it somehow so that even she couldn't figure out so once again unravelling had to occur.  The only way that I am going to get done what I have to do for Sunday will be due to help from Sandy. 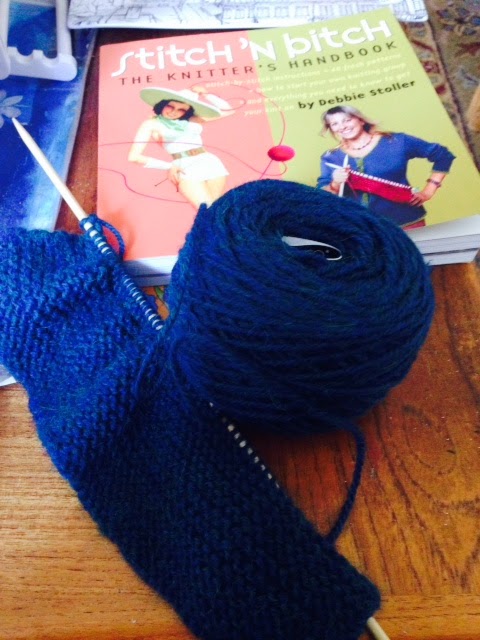 Conclusions… There may be a reason I haven't knit for over forty years!  We all have learning difficulties!  Well at least I seem to have.  I definitely should have empathy and sympathy for students who have problems learning.  And a patient mentor is a godsend!  And it's easy to want to give up when things are not coming along easily.    When I told a friend I was stressed out over my knitting, she reminded me it was only knitting.  It's hard to be patient with myself when I am not progressing as quickly as I think I should.
I read somewhere we need to teach kids to welcome challenge and one way to encourage someone to overcome difficulties is to remind him or her  how he/she did so in the past.  I mean I can ride a bike easily  but I remember initially crashing into a tree.  I was afraid of water until I was about 12 but now swim quite nicely.  Learning to read was not a problem but not everything has come as easily… 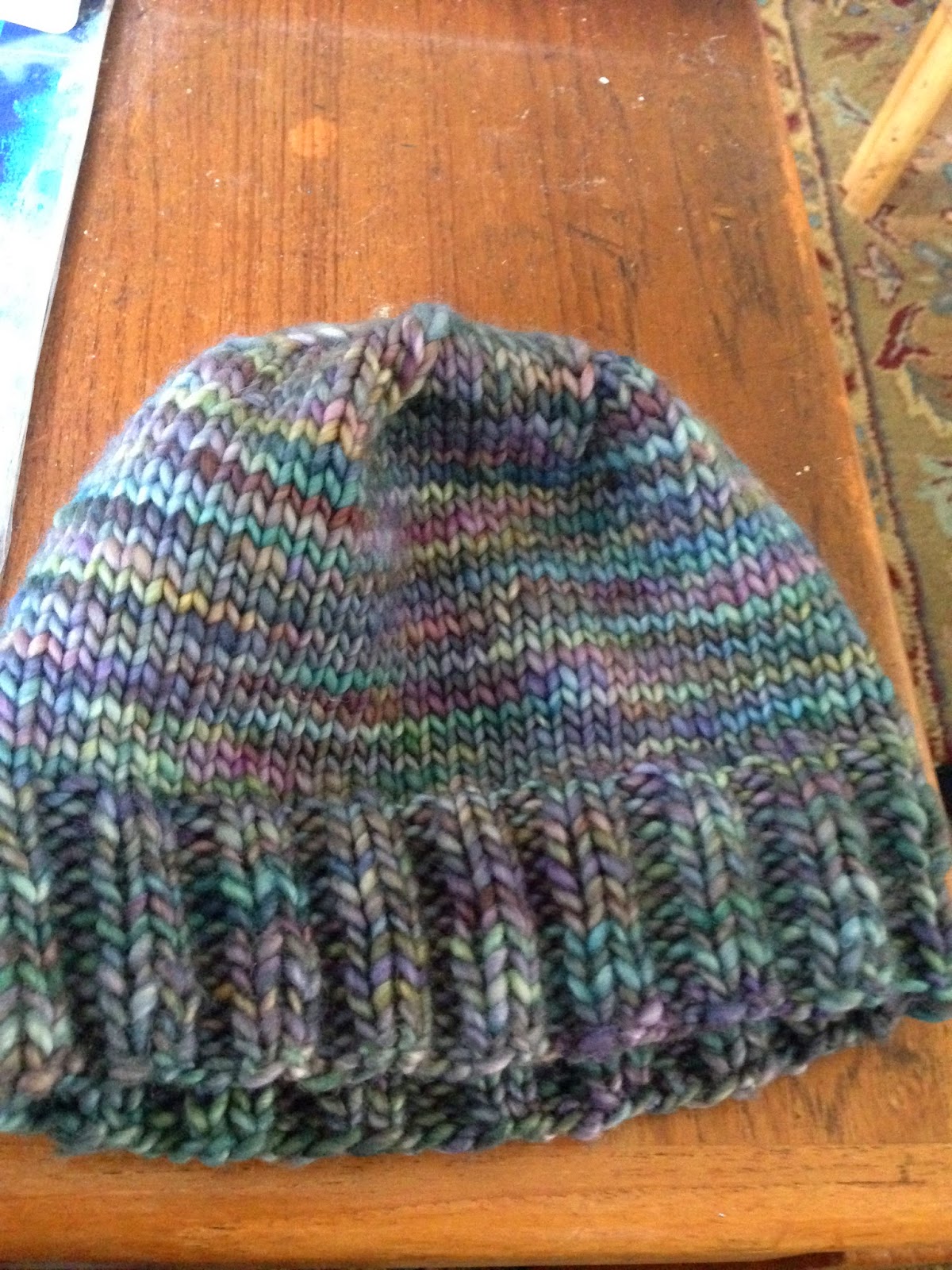 And yes, I did finish the hat and am actually happily wearing it now!


Posted by meredyth kezar at 5:32 PM No comments: