On being a refugee... 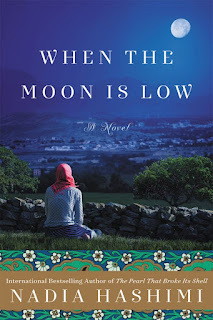 As a teacher I often tried to find novels for my students that would increase their understanding, enable them to be more empathetic.  I think it is often hard to really comprehend world events that we are not directly involved in.

As someone whose ancestors lived in Canada for many generations, the idea of having to leave your home country with only what you can carry with you, and fearing for your life if you stay, is a little out of my experience.  The biggest move I have ever made was from Montreal to Vancouver.


This summer I read two books that were about that experience of being a refugee.  One book takes place at the end of the second world war, the other more recently.  I found both fascinating.


When The Moon Is Low by Nadia Hashimi is about an Afghani family who flee Afghanistan after the father is arrested and is killed by the Taliban.  I have read quite a few novels set in Afghanistan but this was one I couldn't stop reading.  We watch as their comfortable life gets more and more difficult until the only option seems to be to leave  and embark on a dangerous and unpredictable journey with only forged papers.  Their goal is to get to England where they have relatives.

I can watch the news and read about the refugee crisis but a novel helps you feel what it is like.  We see how the family has to adapt to the hard situations they find themselves in along the way.  I have read about what it is like for refugees in Athens and in Patras but here I could really feel the uncertainty.  It is heartbreaking when the family becomes separated as well.

A friend told me how frightening was waiting for the ferry to England and watching how refugees tried to get into the back of trucks to smuggle into England but here I really had a picture of what it would be like to be one of those people living in the camp  in Calais ready to take desperate measures to get to the other side of the channel.

I am currently somewhat obsessed by the American election.  I really wish Trump supporters would read this book. 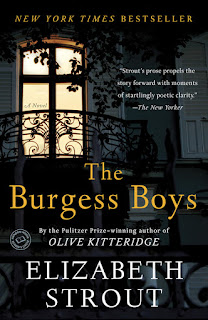 As I was writing this review I was reminded of another novel I recently read The Burgess Boys by Elizabeth Strout.  I have to admit I had no idea that there was a significant Somali population in Maine. I grew up close to Maine in the Eastern Townships of Quebec and have spent time there but am obviously not up to date.  Lewiston, Maine, the second largest city in Maine in 2011 had 35000 people of whom 3000 were Somali!  This novel's pivotal event is when a young man throws a pig's head into the local mosque.  This incident precipitates his two uncles, both lawyers, return from New York City  to town to help with his defence.  The central story is more about the Burgess family but the secondary story of what happens after the incident and the picture into the Somali community there was really fascinating to me.  I think it is fascinating how someone who has come as a refugee to escape violence chooses to handle a situation like this.  Again it is gratifying to see how some really want to understand a different community and how understanding can develop.
Another very good book 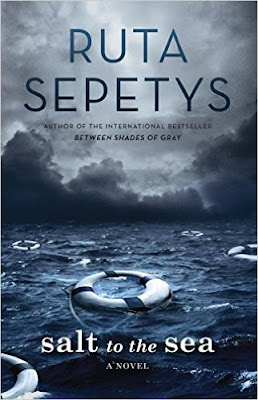 Refugees are not a recent phenomenon.  I love books that teach me something new.  I like to get my history in fiction form.  I went to an excellent session at the International Literacy Association Annual Convention this summer with authors of historical young adult fiction.  My main reason for going was I wanted to hear Ruth Septys.  I had really enjoyed her novel set in New Orleans , Out of the Big Easy.  If I like a book I find it fascinating to get a chance to hear the author speak about her writing.

Her latest book,Salt to the Sea, is about a group of refugees fleeing from East Prussia as the Russians march on Germany at the end of the Second World War.  She tells the story from four points of view, that of a Polish young woman, an East Prussian young man, a Lithuanian young woman and a German soldier.  The three refugees are trying to make it to a ship to escape but that ship has its own issues.

I found the scenes so strong in this novel.  I will never forget the scene where they seek a respite in the abandoned home of an East Prussian landowner.

Each refugee has a secret story as well that unravels as the novel progresses.  For that matter so does the soldier.

Ruth was inspired to write this story because of her father who was a Lithuanian refugee from the Stalin regime and by her aunt who was trapped in East Prussia.  Until I read this novel I don't think I had much awareness of East Prussia which is on the Baltic and borders Poland and Lithuania.

It also made me wonder about the story of my parents' friends who were like an aunt and an uncle to me in my childhood.  He was Estonian and she was German and all I really knew was they came to Sherbrooke after the war.  I don't think anyone was all that interested in what their story really was.  I wish now I had the opportunity to ask them a few questions.

I should also add that Ruth Septys also wanted to focus on the current plight of refugees as well.

Two good books and to some extent a third that help you understand a bit of what it is like to be a refugee...