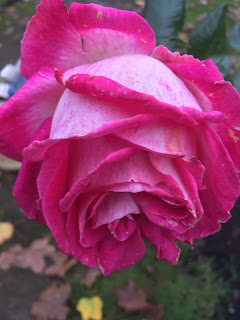 I always think of writing when I experience a sense of loss.  A week and a half ago I was stunned when Hilary Clinton lost the American election.  I just couldn't believe that Donald Trump was going to be president.   I still can't.  Then I found out Leonard Cohen died, whose poetry and music seemed such a part of my university days.

Then of course it is November and somehow November has these deadly connotations.  I mean it begins with All Souls Day, the Day of the Dead, then we move onto Remembrance Day.  It gets dark earlier and earlier.  Leaves have deserted tree branches, the colours become muted.  And in Vancouver a good day seems to be when it doesn't rain.

But more personally, this week I went to two memorial services, both for people with whom I had worked.  One was at probably our most elegant church, Christ Church Cathedral.   The other was  in  a lounge that can be rented for events.  I must admit I kind of liked the second where I could grab a glass of wine as soon as I entered, although there is  beauty and comfort in a  familiar service.  The events were really as different as the people.

The first was for a man who too briefly was my principal.  The second was for someone with whom I worked for five years and became a good friend.  Both at the same school and for awhile in the same time frame.

They were both similar in some ways and different in many others, but both very special people, people who really cared.

I think it is really hard to describe teaching to someone who isn't a teacher.  it is intense. Each year a special journey.   The school where I worked with both these people was the biggest elementary school in the city and we had many challenges but the staff was quite amazing and generally I just loved teaching there.  It was definitely not always easy but for me, rewarding. 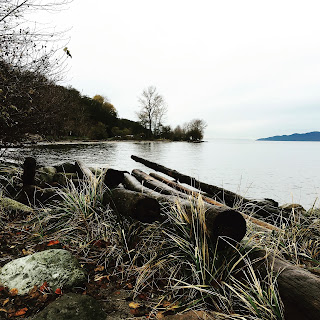 I was impressed by Dave because when he came to Moberly as our principal  my third year there, he was committed to doing  a really good job.  He put his heart and soul into it.  He came to soccer games in the rain, entertained the staff at his home, and treated everyone-staff, students, parents  with respect but still had a sense of humour. He celebrated learning.   Unfortunately in one year, he had pneumonia, his wife died suddenly so he was left a single parent with three teenagers, and then he had a stroke and wasn't able to continue as an administrator.  He would rebuild his life, become a grandparent, travel, but later lose his second wife and step son to illness. I would run into him from time to time and always have a nice conversation.   At only 68, he died from Leukemia.

Steve was someone who came into teaching later after being a renovator and a traveller.  He was a committed environmentalist, a practical dreamer, a builder, an explorer.  We came to Moberly at the same time and he was there my first five years.   He taught my science.  I taught his class creative writing and French and we worked on other projects together.  He and his wife became good friends although I hadn't seen them as much in recent years.  He  retired three years ago, the same time I did,  and then two years ago he and his wife and son, who was in seventh grade, took a year to travel the world and he developed diabetes and had to come home early, but that didn't seem to slow him down.  He died  this year from a heart attack while happily on a group bike ride, a shock to everyone.   Such a loss especially to his wife and son. 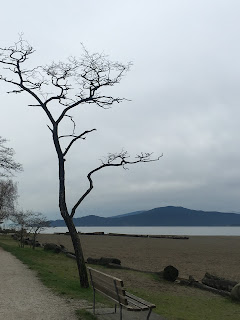 I wrote an earlier post about having to learn to let go.  And also I think of regret.  For instance, I am still not sure why I didn't try to hire Steve to deal with my falling down garage.

But where there is loss there is gratitude. I am grateful  that I  had the pleasure of knowing both those gentleman.  In teaching it makes such a difference when you have people who give you support, people who you can laugh with, people you respect, and with whom you share a vision of how things should be.

And November is when I start to see the beauty of tree limbs, when I can see all the way to Grouse Mountain, and actually see the sun rise without trees blocking my view.  And my own week included ocean walks, water colour painting, reading with first graders, and yes, celebrating lives well lived.  And to echo Leonard Cohen...Hallelujah


Posted by meredyth kezar at 9:21 PM No comments: